Hardly anything went according to plan. I’d decided on attending ICEM 2018 the moment  it was announced. It was just as well, as with anything that involves a trip to Europe, you need to prepare well in advance. I already knew back then what I’d be presenting. However, circumstances would not permit me to do what I needed to do in a timely fashion. I had to focus on the curricular revision of the BAMS program. I had to be part of a Business Analytics course writing team. My classes were unusually large. The funding I needed wasn’t coming. There was always something. My project ended up losing steam, stalling for several months.

My visa application, which I wrote about here, was probably the only thing that really went my way. I wasn’t able to properly book my flight and accommodations as I did not receive my grant in time. More importantly, this was the first time I headed to a conference without a full paper on hand. And it sucks that I failed to submit something ICEM could consider for publishing. And up until a day before my session, I wasn’t even sure what I’d be presenting exactly. I had no results to show. 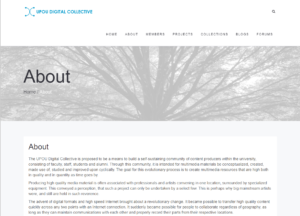 My plans for the UPOU Digital Collective is, by far, the thing I have been most passionate above as far as my recent work in the university is concerned. And rather than immediately seek out my friends in ICEM, there I was, in a room at the Hotel Metropol in Tallinn, Estonia, cramming for my presentation, not really knowing what to include. I hated it, not just because I was cramming, but also because in my unpreparedness, I wouldn't be able to present my project the way I wanted.

I did come up with an idea, though. I couldn’t show any results. But then I realized that instead of that, I could take a retrospective approach. Student co-creation and collaboration was actually not new anymore in UPOU. I myself have had experience with it dating back to when I started teaching. In fact, up until that point, I had taken for granted that with projects such as Biomodd and the UPOU Community Site, I had actually been into it early on in my academic career. I hadn’t always been successful, but even in failure, there were vital lessons that I learned which are worth looking back into in the hopes of avoiding them as we go forward with UPOUDC. I ended up having more to say than I would have thought.

ICEM seems to cycle between big and small conferences, which I suppose is more a function of the partner institution. This one, due to a few good reasons I’m told, was fairly small, at least in terms of attendance. There could not have been more than a hundred who attended at least at one point. The floor plan of the venue also felt a little awkward.

That said, what more than made up for the shortcomings was the actual quality of the attendance. While a little daunting in the past, it felt pretty good, surrounded by brilliant and like-minded people from all over the world willing to listen to what you have to say.

Estonia itself is an intriguing country. My province, Laguna, in the Philippines, has more than twice as many people in less than half the land area. Tallinn itself, I think, is quite sparsely populated for a capital. I didn't get the chance to see the countryside, so I can only imagine how it looks. In any case, they are world leaders in education, right up there with Finland, Denmark, Japan and Canada. Their GDP per capita is also more than three times as high as that of ours. But the way the people from Tallinn University put it, they sort of consider themselves a poor country, of which I couldn’t help but smile. While I concede that I may be ignorant of their history and what they went through, all I could think of was that these guys should have a wider perspective on the matter. Conditions probably weren’t that good back when they were under the Soviet Union. But seriously, even though it is obvious they still have some work to do, when you’ve got people from Finland, a country they look up to, asking how they maintain progress to be right on par with them and with the momentum to have an apparent chance of surpassing them, it can’t possibly be that bad. 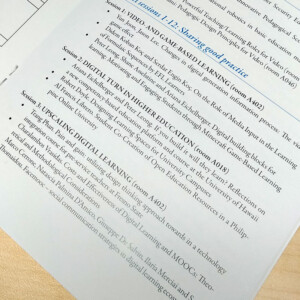 My presentation went surprisingly well. Ironically, I ended up having twice the number of slides I would usually have for a 15-20 minute presentation. It had been years since I found myself in a session full of attentive people, nearly all of which were my seniors in either or both age and stature. I predictably went over the allotted time, but my peers were gracious enough to allow me to finish and even ask questions and offer suggestions. Someone from Hungary even recognized Biomodd, saying he was familiar with what the Biomodd London team has been doing recently. It has also been a while since I’ve been really engaged in a conference. I learned quite a bit in those three or four days. Already, I am thinking of how I will move from then to the next three or four years. Establishing and maintaining a persistent environment for co-creation is definitely something I will have to be into for a good amount of time. With enough luck, I'll succeed. If not, the least I can hope for is to understand what works and what doesn't, so others will have a better chance of succeeding in the future.

Maybe someday, ICEM, or at least some of its members, will make it to the Philippines. I believe there is a lot we can learn from them. These are people with extensive experience with technology and the ways of integrating them to the classroom, physical or otherwise. At the same time, maybe a visit can give them a better perspective of how things are in this part of Asia and reach an even greater audience. I would also like to see more of its members work in their respective institutions. The thought of these things are exciting to me. Which is weird... this is work -- something I have wanted less and less off over the past few years.

For now, I go home knowing that we are on to something in the UPOU Digital Collective. It's time for me to focus on it and see how my work on the project can carry over to my studies starting next year. Perhaps next time, whether it be in Memphis, Tennessee or Portugal, I’ll be able to show the results I had wanted them to see last week.

This site uses Akismet to reduce spam. Learn how your comment data is processed.